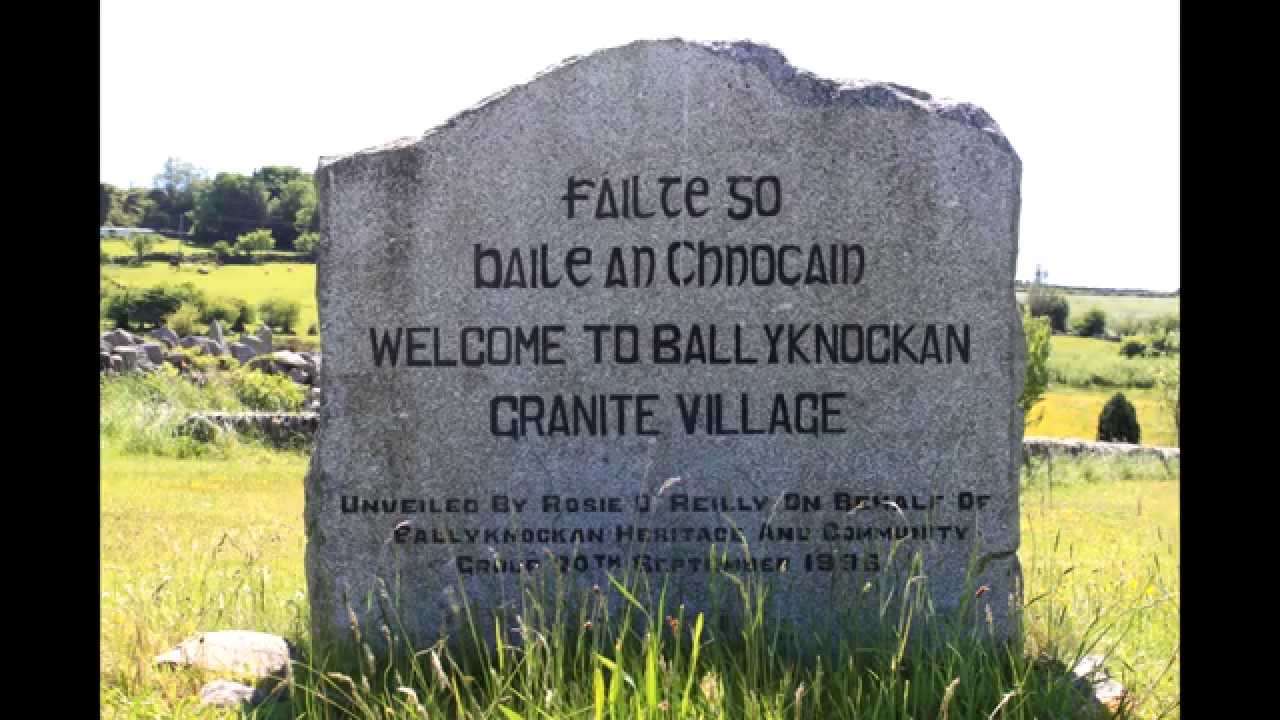 music and lyrics by www.batkinanemusic.com

The Village of Ballyknockan also known as the Stonecutters Village is full of Historythat extends far beyond its famous granite walls. The Quarrys began to supply stone for the building of Dublin city from the 1820’s onwards. The fruits of the labours of generations of Stonemasons can be seen on a
stroll from Grafton st by College Green and up O’ Connell St in Dublin. Just before you get to Cullen’s pub there is a turn up
to the Quarry. A turn to the left up this road leads to Granite House outside this is the “Stormont Lion” a flawed piece
that was originally intended to be for Stormont Castle Northern Ireland. At the very end of the road CmcEvoy and sons operate and
the 5th generation stonemasons operate out of the only working quarry today. If you take a turn to the right you can find
the statue of the “Madonna and Child” carved by James Freeman in the late 1800’s which was rejected because the child was held in the wrong hand.
There are great views from the Quarry land but be careful as some of the propertys are private and the old Quarrys are dangerous.
Cullen’s pub is on the left just after the Quarry turn and here you can get refreshments and food. There is a great tradition
of music in Ballyknockan and if you are lucky you might catch one of the local bands playing some music in Cullen’s pub.
The village has a lot of interesting granite buildings and ruins and one of the most interesting is at the bottom of the bog road.
The bog road is at the bottom of the hill a few hundred metres to the left after Cullen’s pub. The lane is a Cul de Sc so be careful
if you drive down. At the bottom of the cul de sac just to the right is the gable end of the “Landgrabbers” cottage. In 1888
the widow Biddy Mulvey was evicted and the house was tore town. The local men built it up overnight and the grabber
was defeated in the courts. A law at the time stated that if a house was built up overnight the tenant could claim the holding.