The BeerMats The Last Stand 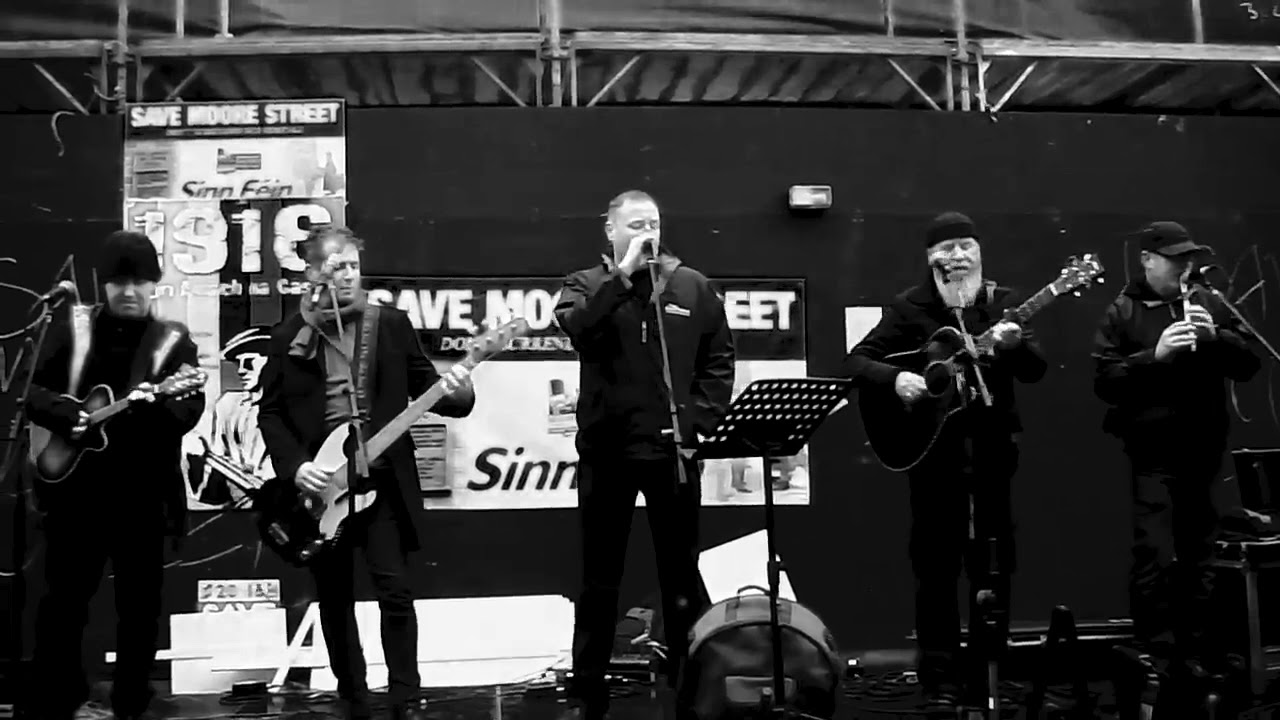 Back to video gallery of The BeerMats

The BeerMats The Last Stand

Recorded live in Moore St Dublin @ The Protest to save Moore St.

The Easter Rising in Dublin had broken out on Easter Monday, April 24th with the Volunteers and Citizen Army occupying much of the city centre. Their headquarters at the GPO on O’Connell Street was bombarded by British artillery and by Friday, the grand buildings of Dublin, having burned fiercely for two days, were crashing down around them.

Ernie O’Malley, a medical student watched from the northside, “The fire had spread, it seems as if the whole centre of the city was in flames. Sparks shot up and the fire jumped high as the wind increased”.[1]

The Post Office itself had caught fire and was becoming untenable, forcing an evacuation to nearby Moore Street. A sortie led by Michael O’Rahily led the way but was badly shot up – 21 out of 30 men were hit by fire from the ever closer British barricades. O’Rahily himself was killed and lay sprawled, face up, on Henry Street in full view of his comrades. The survivors, led by Pearse and Plunkett, escaped the blazing Post Office into the little streets around Moore Street where they tunneled through the walls, to make the terrace one long bastion.

Back to video gallery of The BeerMats