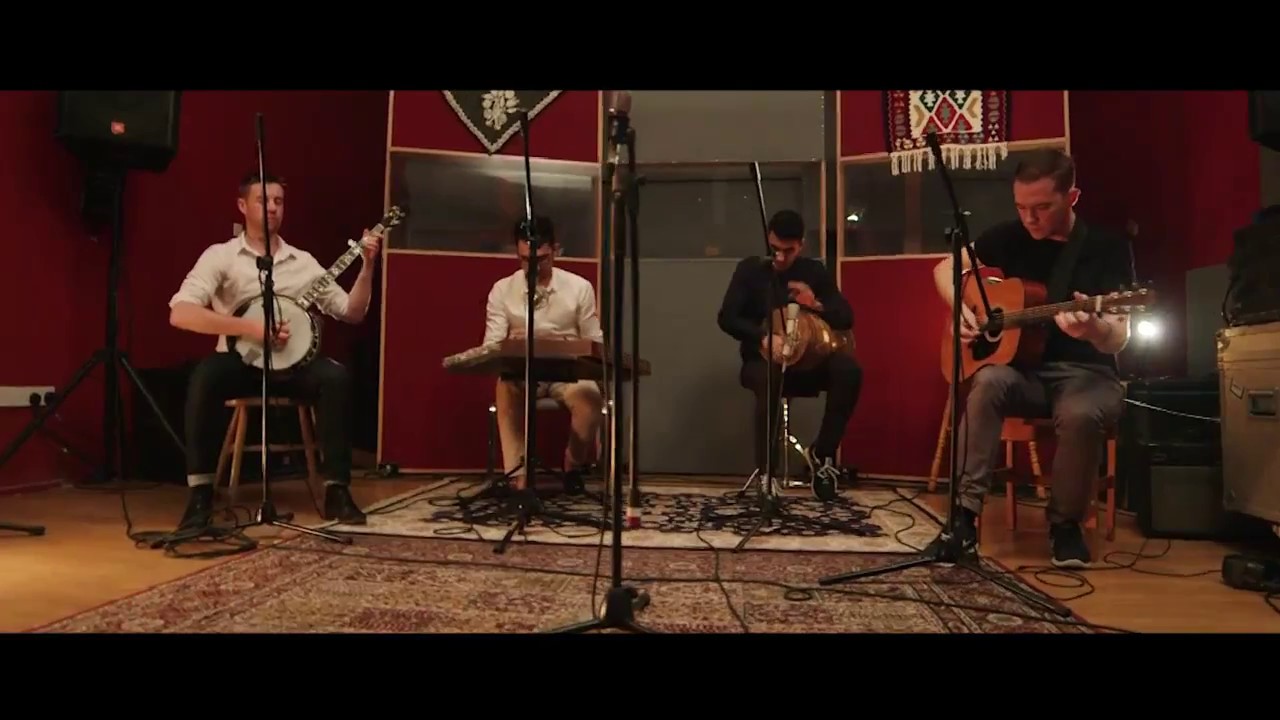 Back to video gallery of Navá

Nava performing a live studio version of “The Rolling Wave/Chahar Mezrab”, a medley of traditional material from Ireland and Iran.

Navá is a group of young musicians exploring the relationship between the ancient musical cultures of Ireland and Persia. It is comprised of members of folk/bluegrass band Pine Marten: Paddy Kiernan and Niall Hughes, and Iranian born brothers Shahab and Shayan Coohe. Together these diverse musicians weave a beguiling tapestry of sound, ranging from Irish jigs and reels to Persian ‘dastgáh’, to original compostions and explosive improvisations.
“Listening to the cross-cultural blend of Navá one would think the two musical cultures of Persia and Ireland had been historically connected. They haven’t…until now. A pioneering musical collaboration.”
Carl Corcoran, presenter of ‘The Blue of the Night’, RTE Lyric FM.

Back to video gallery of Navá